Today 23 marine non-indigenous species (MNIS) have been recorded in Icelandic waters during recent decades. All the introduced species have been found in littoral or shallow water habitats. Most of the introduced species were first detected in south-western Iceland where the sea temperature is highest and the busiest harbours are located. Amongst them are six algal species, four crustaceans, two molluscs, seven tunicate, one cnidarian and three fish species. Further information on each species is given by clicking on the buttons above. 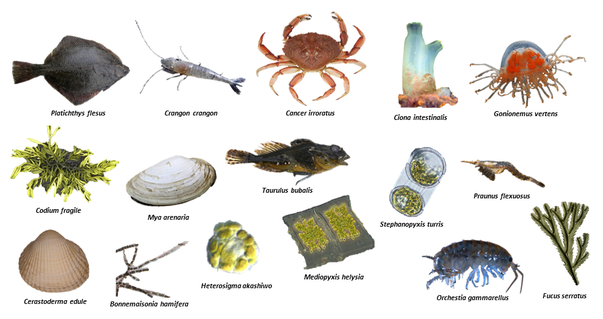